Even after a weekend in which Manchester City produced the worst performance of the Premier League’s top four, the champions streaked further clear towards a fourth title in five years.

City manager Pep Guardiola admitted his side were second best despite coming from behind to beat 10-man Arsenal 2-1 with a 93rd minute winner that secured an 11th consecutive league win.

As Guardiola’s men have hit their stride, Chelsea and Liverpool have run out of steam to turn a tight three-horse race, into a procession.

Struck down by coronavirus outbreaks and injuries, the two challengers for City’s crown threw themselves into a titanic battle at Stamford Bridge on Sunday, but a 2-2 draw did little for either side’s hopes of reeling in the leaders.

City’s advantage now stands at 10 points from Chelsea, with Liverpool a further point back with a game in hand.

“It’s a big gap, so they have the title maybe to lose at the moment,” said Liverpool defender Virgil van Dijk, one of those forced into a swift return to action after testing positive for Covid-19.

“We just have to get results, play good football and win games. It sounds pretty easy but it’s tough.”

Rather than cutting the gap, there is a likelihood it could grow in the coming weeks as Chelsea and Liverpool tackle their own issues.

Both are involved in two-legged League Cup semi-finals over the next two midweeks despite calls from managers for the ties to be switched to one-off games.

Chelsea’s record signing Romelu Lukaku was dropped for Sunday’s crucial clash after an explosive interview with Italian media in which he revealed his displeasure with how his first season back at the Bridge is going.

Liverpool manager Jurgen Klopp was also absent due to a Covid infection, along with Alisson Becker, Roberto Firmino and Joel Matip.

And the Reds now have to cope without their top goalscorers, Mohamed Salah and Sadio Mane, for up to a month due to their international commitments at the Africa Cup of Nations.

“How should we compete in a title race?” Blues boss Thomas Tuchel complained earlier this week after his side were forced to fulfil all of their December fixtures, while 18 other Premier League games were called off due to Covid outbreaks.

Even if Tuchel and Klopp’s men recovered their early season form, City’s relentless consistency shows no signs of offering a ray of hope.

They have averaged a total of 95 points in each of Guardiola’s three title-winning seasons in England and are on course to hit that mark again.

“We showed our champion mentality, we never give up,” said midfielder Rodri after his late strike at the Emirates kept City’s winning run going.

“We know how tough it is to win the Premier League and we are not going to drop it.

“We don’t look at the others much and winning 11 games in a row, it shows that we are focused on ourselves.”

Should Manchester United beat Wolves on Monday, the same 10-point gap between first and second will separate Chelsea to Tottenham in seventh, who have three games in hand.

With City in a league of their own, the title race has quickly fizzled out into a familiar fight just to join them in next season’s Champions League. 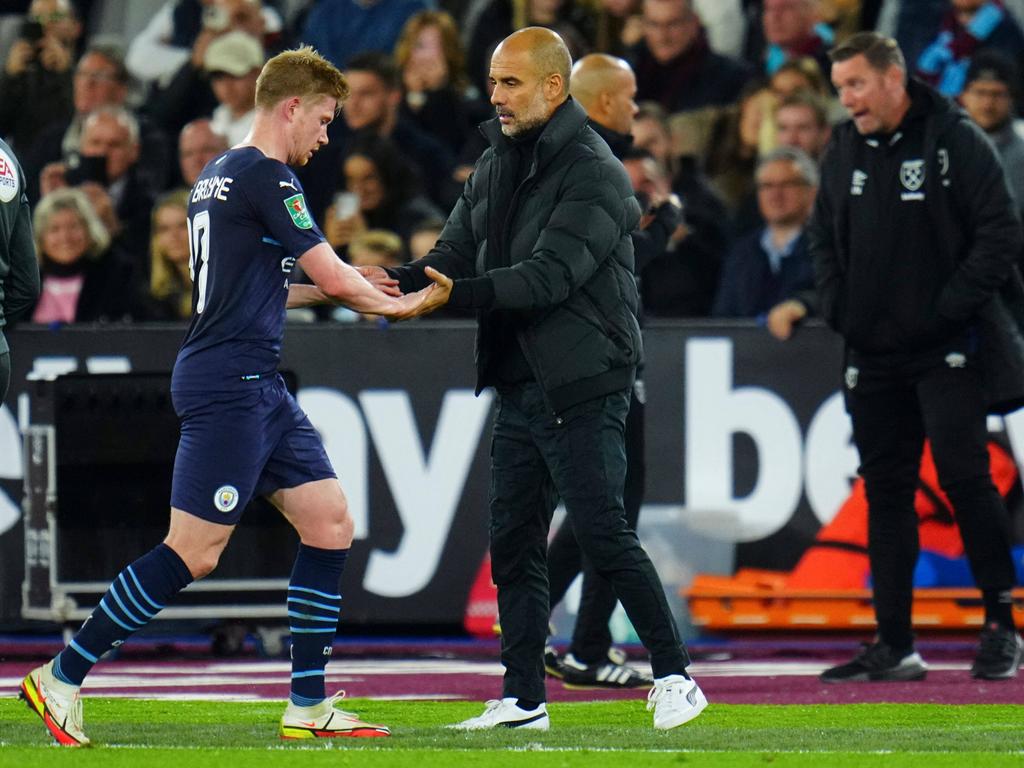