Manchester City owner Sheikh Mansour is to pay the travel costs of the newly crowned English champions fans attending the Champions League final in Portugal later this month the club announced on Tuesday.

City have received an allocation of 6,000 tickets for the May 29 showpiece against Chelsea in Porto and Sheikh Mansour has said all those travelling on the official package will see their costs covered.

Fans are permitted to stay in the country for just 24 hours — subject to furnishing a negative coronavirus test — due to Covid protocols.

“Thousands of City supporters will benefit from the initiative which is designed to ease the financial pressure on fans who have faced — and are still facing — challenging circumstances due to the impact of the Covid-19 pandemic,” a club statement read.

“The Covid inflated costs, combined with necessary but expensive PCR testing, would have rendered the trip to the final unmanageable for many of those supporters lucky enough to qualify for a ticket.

“Due to the necessary Covid related restrictions in place, the majority of fans wishing to attend the historic first final for the Club, are required to do so within a 24 hour trip, meaning that His Highness’ initiative will fund the transport of several thousand City fans on the official travel package on the day of the final.”

Sheikh Mansour said the gesture was a reward to those fans who had stuck with the club through thick and thin.

“Pep (Guardiola the manager) and the team have had such a remarkable season and their reaching the Champions League Final after a very challenging year represents a truly historic moment for the Club,” he said in a statement.

“It is therefore incredibly important that as many fans as possible have the opportunity to attend this special game.

“Especially those who have supported Manchester City through good and bad times for so many years.”

Sheikh Mansour’s generosity will go down well with fans who were furious when the club signed up to the European Super League last month. 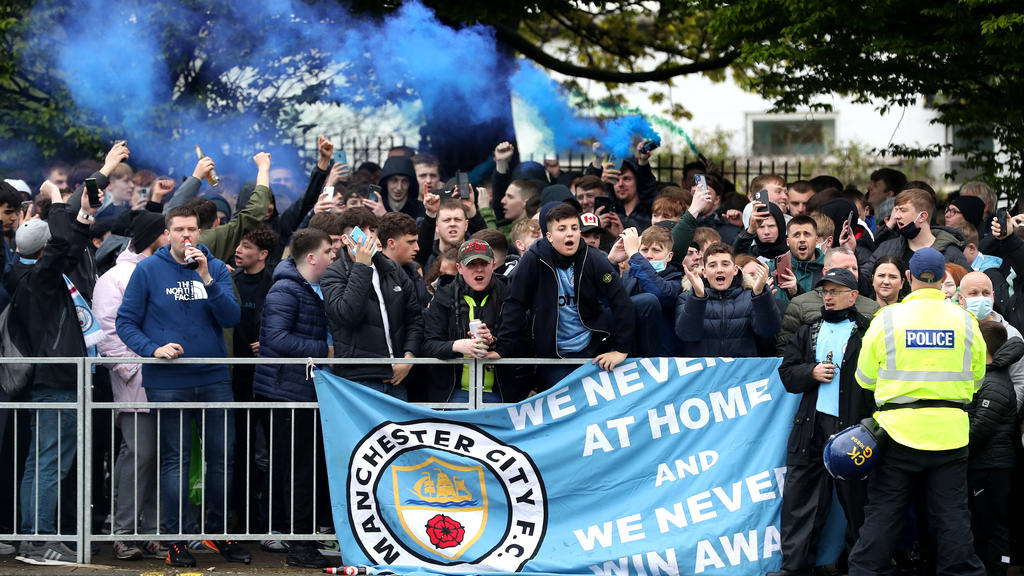